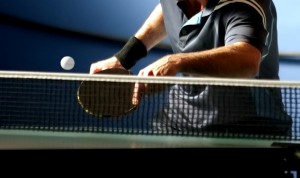 The coach is a Level 4 and international table tennis coach and an executive coach/supervisor.

It was clear to the father that the player (now nearly 14), despite still having a top 12 ranking in England for their age, was suffering and confused about their involvement in table tennis; had considerable anxiety around competition, and wasn’t enjoying competitive play.

This was delivered between March and October 2013, with around 11 hours per month of contact time split between:

The MTQ48 was taken at the start of the training in March and again in July.

By May 2013, the player was beginning to be able to articulate again why they liked table tennis, why they wanted to play in competitions, and was showing signs of regenerated commitment and enjoyment. In May and June they played well (process, performance and results) in four consecutive competitive events, culminating in reaching the last eight of the England National Under 14’s – a great result and more importantly in the coach’s view, a very enjoyable event for them.

At the beginning of July, a retest was taken on the MTQ48.  The results revealed the following:

The MTQ48 was a useful framework and guide as part of a sport-specific programme over several months for a sub-elite junior player. Several key mental and performance objectives were met.